What were the most important news stories in genetics this year? Google the keywords “top stories genetics 2011” and page 1 entries include links to an article on direct-to-consumer testing to “determine your child’s athletic potential” AND an announcement of the sequencing of the cannabis genome. With all due respect to recreation in ALL its forms, neither of these made my list – but it does go to show, we live in exciting times. My Top Ten include stories that made news around the globe as well as others, largely ignored, that lingered in my mind as harbingers of change or hints of things to come. Here’s my own idiosyncratic assemblage of ten trending hashtags I’m betting will drive the conversation for years to come:

Ion Torrent Introduces the Personal Genome Machine, a $50,000 small-scale sequencer with a 2 hour turn-around time for 100,000 base pair reads. OK, this actually happened in December, 2010, but to be fair no one noticed until January. The PGM can’t duplicate the quantities of data produced by other next-gen sequencers, but its low cost, desk-top size and speed make it emblematic of the increasing availability of genome sequencing.

Non-Invasive Prenatal Screening becomes a reality: Sequenom introduces MaterniT21, a Down syndrome test done on free-floating fetal DNA from a maternal blood sample drawn as early as 10 weeks gestation. Rebounding from an embarrassing episode in 2009 that began with some executives deciding to make the research data look a little more exciting for investors and ended with the former senior VP for research and development pleading guilty to conspiracy to commit securities fraud,

Sequenom became the first of several competitors to offer a test based on this ground-breaking technology, which is projected to eventually offer a means of analyzing the entire fetal genome in the early stages of pregnancy, without the risks or costs (or the 2nd trimester terminations) associated with amniocentesis or CVS. In a related development: tests based on similar technology are already widely available to predict gender. The Consumer Genetics Pink or Blue Pregnancy Test is sold at your neighborhood drug store and on Amazon (but NOT in India or China!); a study published in JAMA this summer estimates that it is accurate over 95% of the time.

On May 20th, 2011, Craig Venter of the J. Craig Venter Institute announced the creation of the world’s first synthetic life form. Manufactured by adding a man-made genome (sequenced by machine) to a pre-existing bacterial cell emptied of its own DNA, the resulting one-celled organism was a wholly novel life form capable of replication.  Critics accused Dr. Venter of playing God, charges Venter vehemently denied.  “Who says I’m playing?” Venter explained.Yes — I’m kidding But he did say, in describing this milestone, “we took two years off to sequence the human genome and then got back to the task at hand.”  Here are his remarks in full, introducing the first “synthetic cell”:

In 2010, Judge Robert Sweet shocked the world of patent law when he ruled that isolating and purifying genes did not transform them from something naturally occurring into a product of man’s ingenuity – meaning that under law, the DNA sequence of a gene was not something that could be patented.  Genes, he said, are “the physical embodiment of information,” and cannot be treated like other chemicals, where any change in the molecular structure is transformation enough to justify a patent.  In July, the Federal Court of Appeals overturned Judge Sweet’s decision in ACLU v. Myriad, ruling that genes in isolation were “markedly different” from genes in their natural form.  This decision affirmed the pre-existing status quo permitting gene patents, and set the table for a possible Supreme Court showdown in 2012 to determine the fate of DNA patenting.  The High Court has already heard related arguments in Mayo v. Prometheus, a case that hinges on whether or not observations of natural phenomena – in this instance, how the body responds to thiopurine drugs – can be patented.  Both cases will affect the development of personalized medicine in ways that are hard to predict – some experts claim that nascent technology like whole genome sequencing will never make it into clinical use if the cost reflects license fees from thousands of individual patent holders.  Others suggest that the technology will not be developed in the first place, if industry does not believe its investment will be protected.  And just to add a bit more carbon to the uncertainty of the patent law climate, on Halloween the European Court of Justice ruled that NO procedure involving human embryonic stem cells can be patented (Boo!  Scared you, European biotech!).  Their decision rests on the idea that the use of human fetal tissue for commercial purposes is contrary to public morality, and it sets up a striking contrast with the U.S., where these patents remain enforceable.

Genome-wide association studies were billed as a sort of shortcut to making genomic information relevant to clinical practice, but after years of GWAS results that provoked the response ‘that’s interesting , but what does it mean?’, sequencing for rare variants has done what studies of common variants could not do: moved genomics into medical practice.  In January 2011, Nicholas Volker was declared by Forbes Magazine to be “the first child saved by DNA sequencing,”after doctors at the Medical College of Wisconsin did full sequencing on a chronically ill 6-year-old with 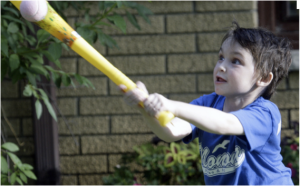 unexplained intestinal disease.  In October, Scripps Health launched a program using whole genome sequencing to determine the cause of idiopathic diseases.  Rare variants have also helped us keep chipping away at the notorious “missing heredity”: this fall, DeCode Genetics announced the discovery of a sequence variation that increases the risk of ovarian cancer by more than 8-fold; this highly predictive risk factor was uncovered by GWAS studies adapted to include rare variants (And you thought they were out of business, didn’t you?).

In October, the International Journal of Epidemiology published an article that didn’t get a lot of press, perhaps because of the particularly opaque and not particularly grammatical title: “Associations with early-life socio-economic position in adult DNA methylation”.  The article demonstrates a correlation between early life experience and adult DNA methylation patterns, suggesting that childhood experience may create lifelong changes in gene expression and affect health outcomes into adulthood.  This finding supports earlier observations in rodents and other mammals, and it may indicate a mechanism by which epigenetic changes can be transmitted across multiple generations – evidence  in support of the widely held suspicion that epigenetics is yet anther suspect to be reckoned with in the mystery of the missing heredity.

For decades, gene therapy has held itself out to be our knight in shining armor, while acting more like that bad boyfriend from high school, full of sweet talk and promises he couldn’t keep.  It’s been NOTHING but heartbreak and 12-step programs for years now (Step 1. Admit that you are powerless to control gene expression.  Step 2. Find a vector you can believe in…).  Finally, SOME ENCOURAGING NEWS!  In separate studies published this year, researchers reported encouraging early results for the use of gene therapy to treat both SCID and Hemophilia B.  Has the bad boy of the genetics world really matured into a responsible citizen, or is gene therapy going to go Charlie Sheen on us yet again?  Give him another chance, venture capitalists.  Give him a chance, okay?  Just don’t give him a key to your apartment.  Not yet, anyway.

American Association of Blood Banks 2011 report indicated that paternity testing has increased 400% over the last two decades.  This evidence supports the notion that the public is increasingly comfortable with the use of genetic testing outside of conventional medical applications.  The Identigene Paternity Test Collection kit is available at Walgreens for $27.58 (with an additional $129 lab fee; more fees are required for results that are admissible in court).

In June, letters from the FDA sent to personal genomics firms 23andMe, Navigenics, DeCode Genetics, Pathway Genomics and Knome as well as the chip maker Illumina, articulated an evolving consensus within the agency that genomic tests constitute a medical device and should be subject to regulation under the FDA mandate.  The letters, which followed the announcement of a Pathway Genomic’s plan to market direct-to-consumer testing through the drug store chain Walgreen’s, represented an opening salvo in the orchestration of a regulatory structure for genetic testing.

10. NOVEL TREATMENTS ON THE HORIZON

In September, 2011, researchers at Vanderbilt University announced a major step forward in the development of a potential new therapy for Fragile X that targets not the symptoms but one of the underlying causes – a paradigm shift in medical care for the type of genetic syndrome long considered untreatable.  Building on earlier studies that demonstrated a relationship between excessive protein synthesis and the Fragile X phenotype, the Vanderbilt approach uses novel drug-like molecules that down-regulate the mGlu5R receptor to reduce receptor-mediated protein synthesis.Researchers are hopeful that this therapy will improve neurological manifestations of Fragile X, which often include autistic-like behaviors – raising the tantalizing prospect that success might constitute proof in principle of our ability to treat autism and other cognitive and neuro-developmental disorders.  Seaside Therapeutics, the industry money behind the Vanderbilt studies, plans to begin its clinical trials in 2012.  Meanwhile, the continuing Seaside-Vandy partnership is at work on development of a second drug, designed to reduce social withdrawal.  In a report released to the press by Seaside in May, V.P. of research Aileen Healy stated, “We are now beginning to believe that intellectual disability is not, as previously understood, an immutable condition.Translating our understanding of the biological effects of key genetic mutations has revealed a variety of promising mechanistic approaches to treat Fragile X syndrome, which I believe represent an exciting opportunity to realize the mission of developing effective therapeutics.”How 2011 is this story?  Let me count the ways: