There’s a Gene for Everything, Right? 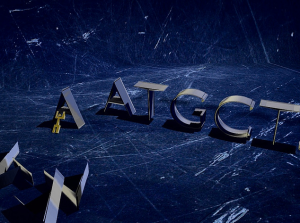 Ten years after the completion of the Human Genome Project, our field is still debating genotype-phenotype correlations in single gene diseases, while the media is still searching for – and finding! – Gattacca.

This week, the Washington Post ran an article that asked “Is There a Gene For Liberals?”  Actually, only the headline and the first sentence asked that question.  The article itself dismissed the idea in line two: “Is there a gene for liberals?  Well, not quite, but scientists say they have found the first evidence that a gene can play a role in shaping an individual’s political leanings.” The piece goes on to detail a joint UC San Diego and Harvard longitudinal study showing that a single gene variant in combination with an active social life in high school (not junior high, not college, only high school) is associated with a modest increase in liberal political beliefs.  No relationship is seen except when the two are taken in tandem.

As Cher says in Clueless, the wounds of adolescence can take years to heal.

The writer calls this finding provocative, which I assume is a reference to the idea that this could be seen as genes dictating behavior, which hints at the scary thought shadowing all suggestions of biological determinism – the idea that we don’t have free will.  Perhaps liberal university professors and right wing radio Svengalis only channel us into the deeper ideological slavery into which we all are born.  Or not.

The rest of the article reports faithfully on the authors insistence that this “doesn’t mean a gene was found for anything,” and the relationship between the gene and the behavior cannot be seen as causal, but merely a window into how genes and experience interact to influence behavior.  This is explained in four careful paragraphs, at the end of which the writer says, of the authors’ call for further research, “Who knows, that could eventually lead to the discovery of a gene that plays a role in creating conservatives.”  So, lesson learned.

Here are two things the article does not define or question:

In fact, going to the article Friendships Moderate an Association between a Dopamine Gene Variant and Political  Ideology in the Journal of Politics, the answers are as follows:

Based on this irrefutable data (by which I mean bullsh*t), the results are calculated using a nifty looking formula of which I will reproduce only the first line:

I haven’t defined the parameters for you or completed the equation but perhaps this gives you the idea that while the data may be soft, the math is very very hard, especially for those of us who spent most of high school calculus sleeping off an active social life.

And of course, as always, the real educational effect of the article is to be found in the comments section, the essence of which is summarized in these two pithy remarks:

So now we can truthfully say that liberals are mutants? I suspected as much.

I think we already know the gene that makes conservatives…the poop gene.

Sigh.  I grow weary.  Everything we have learned in the past ten years suggests that genetics are far less deterministic than we had anticipated, and that both physiologically and psychologically we reflect a wondrously complex mix of genetics, epigenetics, environment, dumb luck and who knows whatever other factors – I myself am waiting to find out that astrology has a grain of truth after all, and that all these years I should have been reading my horoscope regularly, and not just when I got stuck on the tarmac with a two hour delay and nothing to read but an abandoned copy of Star magazine. 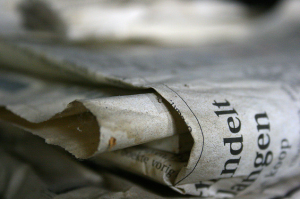 In the meantime, I beg you, journalists of the world, stop writing headlines that say, “Did Scientists Discover a Gene For X?” if the answer is NO.  You don’t write headlines that say, “Did Police Discover a Plot to Put Rat Poison in School Lunches?” if the answer is NO, just to get more people to read your article on improving the quality of meat.  I know you are busy and underpaid and everyone keeps threatening to take your job away and replace you with a blogger, but try to remember this: people only read the headline.  And this: genetics is complicated.

2 responses to “There’s a Gene for Everything, Right?”