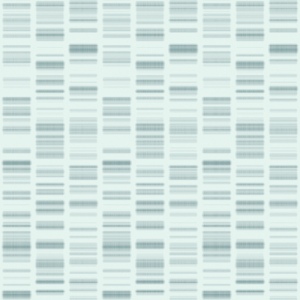 Well, it looks like it may be the end of the line for GeneTests, the widely used clinical genetics website. On March 18, NIH announced that it will develop the Genetic Testing Registry (GTR) “an online resource that will provide a centralized location for test developers and manufacturers to voluntarily submit test information such as indications for use, validity data, and evidence of the test’s usefulness” (this announcement was previously mentioned on the NSGC Public Policy blog). The registry will be under the purview of the Office of the Director of the NIH and hosted by the National Library of Medicine (NLM). Essentially, GTR will replace GeneTests. No timeline has been provided for when this transition will occur, but most likely will take place in 2011.

The driving forces behind GTR are NIH Director Francis Collins and his chief of staff Kathy Hudson, both of whom are well known and admired by the genetics community. GTR is still in the design phase but Hudson “hopes that it will be more comprehensive than GeneTests and more integrated into other NCBI resources.” The Secretary’s Advisory Committee on Genetics, Health, and Society (SACGHS)  recommended the creation of a mandatory genetic testing registry in 2008.  Although the initial plan was to make the registry mandatory, NIH ultimately decided it did not have the authority to do so. NIH plans a large overlap between GTR’s launch and the phasing out of GeneTests to minimize the impact on users. NIH will be requesting public suggestions about the development of GTR in the near future, although the GTR website currently allows input.

Dr. Bonnie Pagon, the director of GeneTests, and her staff were taken somewhat by surprise by the NIH announcement. So far, her detailed input into the development of GTR has not been sought.  The Clinic Directory and GeneReviews modules will not be part of the GTR. NIH claims that these modules will continue to be supported although no explicit plan has been made public.

GeneTests, funded primarily by NIH through the NLM, has served the clinical genetics community since 1993 (when it was called Helix and access was by telephone/fax inquiry!). Under the guidance of Dr. Pagon and a small band of dedicated genetic counselors and support staff, GeneTests has grown to include listings for tests for some 2000 genetic diseases offered by 600 laboratories, concise and highly readable summaries of more than 500 genetic conditions, patient resources, and the location of national and international genetics clinics. GeneTests greatest strengths are its ease of use, seamless interface of functions, highly readable clinical summaries, and a laser sharp focus on the clinical community. GeneTests has remained strictly non-profit –  laboratories and clinics do not pay fees to be listed nor are authors reimbursed for their contributions to GeneReviews. GeneTests is the single most valuable clinical website in the daily practice of genetic medicine, across the US and globally.

This is an opportunity for NIH to enhance an already excellent service, and I look forward to further improvements. On the other hand, there is the possibility of a disconnect between the vision of the NIH, a large governmental research institution, and the daily needs of the medical genetics community. For example, other NIH supported websites such as OMIM and Entrez Gene are fine resources, but have limited usefulness in the clinic, are sometimes awkward to use, and OMIM’s clinical summaries are clearly not up to the level of GeneReviews.

In order to make sure that GTR is a useful resource for clinicians and other users, I offer these suggestions:

• GTR should build upon the existing GeneTests base. It may need some tweaking, but it does not need to be deconstructed and reconstructed. GeneReviews and the Clinic Directory are critical components that should be maintained and updated primarily by the clinical genetics community. GeneTests strengths stem from the experience of astute clinicians like Dr. Pagon,  genetic counselor Cindy Dolan, MS, CGC, and others. I have deep respect for NIH staff, but the world view and needs of elite researchers will often differ from community medical providers.

• GTR should have an advisory board that includes several genetic counselors, medical geneticists, and other users from outside of NIH.

• The staff of GeneTests, with 17 years of experience, needs to be an integral part of the transition. Individual GeneTests staff may eventually choose other career paths, but NIH staff needs to be mentored by 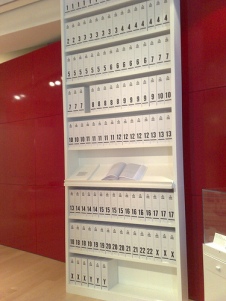 • Laboratories will be entering their own information into the registry. Such a system strikes me as ripe for potential abuse. If we have learned nothing else from the recent economic crisis, we at least must recognize that the foxes should not be feeding the hens.

• We genetic counselors and medical geneticists absolutely must provide input into the development of the GTR site and the maintenance of GeneReviews and the Clinic Directory. Although organizations like NSGC and ACMG can provide important policy input, this needs to be a grassroots effort by clinicians to make their needs known.

• NIH must be fully open to modifying its plans for these resources based on clinician input.

• NIH is planning a request for information from the public in the near future, but have asked that input be delayed until NIH provides specifics. However, I think we should begin to provide our input now so that we can help shape the questions and issues.

• The contributions of GeneTests to the development of GTR should be fully and clearly acknowledged.

GTR has the potential to be a helpful and useful resource for the genetics community and the public. But I am concerned that because the registry is such a huge undertaking, GeneReviews and the other components of GeneTests will take a backseat to the GTR, and may even fall by the wayside. This would be an enormous loss.

What are your thoughts?