It Was Bound To Happen Amway or Another 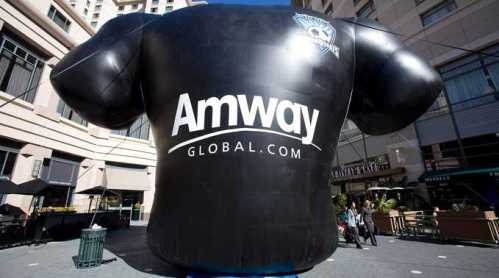 Remember Edward R. Murrow?  No?  Me neither.  How about Walter Cronkite?  I met him once in an elevator in 1980 (if by “met” you mean that I mistook him for the elevator man and ordered the most famous news anchor of the day to take me to the fifth floor.  I recognized him by the familiar resonance of his voice as he replied, “Well, alright, young lady,” and we continued on together for the rest of the ride in an amiable silence, him smiling benignly, me wishing there was somewhere to hide in an elevator).

But I digress.  Here’s the point: for those of us ancient enough to remember, there was a time when everyone turned to a Walter Cronkite for the news.  The news guys didn’t always get it right, but truth was what they were aiming for.  Then somebody got the idea to give the news a slant — let’s not descend into name-calling here but SOMEBODY (rhymes with pox) got the idea to make news a little more exciting for their audience.  The old news was boring – while the new news was provocative and inflammatory, a veritable cocktail of rhetoric and innuendo with the occasional fact thrown in like a garnish.  Fact: the olive in the martini glass of new news.

And it worked.  The public liked the new news, or at least they liked it better than the old news, which was bad news for the purveyors of real news (although ironically it worked out very well for the champions of fake news).  Soon, everybody was busy finding an angle, so that now instead of that one boring half an hour in the classroom, we have twenty-four hours a day of happy hour, with everyone shouting to be heard over the noise in the bar.  Five o’clock somewhere; time for a drink!

But I digress.  What I meant to say was this: today I read in a press release that Amway Global has entered into a partnership with Interleukin Genetics to sell their trademarked Inherent Health line of genetic tests, including the new Weight Management Genetic Test and the soon-to-be released Bone Health Genetic Test, which measures liability for osteoporosis.  How excellent is that?

Of course, they’re not entirely sure that it actually measures liability for osteoporosis.  Sure, they stand by their claim that it will improve peoples’ health – but the test is not even due out for another month, so it is far too soon to have any idea if it works and besides, according to the press release, claims like this are not promises but “forward-looking statements.”  When an organization is trying so hard to be forward-looking, it is hardly fair to expect them to be right at the same time, since predicting the future is a dicey business (as people are likely to discover, using the Inherent Health line of genetic tests).  And the company tells you right up front (if by “up front” you mean buried in the small print at the end): “Because such statements include risks and uncertainties, actual results may differ materially from those expressed or implied by such forward-looking statements.”

Naturally, Amway “disclaims any obligation or intention to update these forward-looking statements.”  Of course not.  Because they might not launch the test at all, or the technology might become obsolete, or the whole thing might turn out to be complete and utter bulls**t.  But how boring is all that fact-checking stuff?  And don’t they already know what their customers want to hear?

Here’s a backwards-looking statement I would like to make: I think I’ve seen this movie before.  It’s called The Invention of Lying and it stars Bill O’Reilly and Lou Dobbs and Keith Olbermann.  The critics hated it, but it has a happy ending – eventually, everybody hears only what they want to hear, and if by mistake they stumble onto information that contradicts their preconceptions, they are free to disregard it entirely – because all statements include risks and uncertainties, and actual results may differ materially.

Scream and yell and howl at the moon, but Glen Beck is not going off the air until his ratings drop and Amway is going to sell genetic tests if people will buy 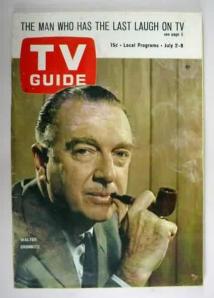 them.  Where does that leave genetic counselors?  Shall we agree to be the PBS news of genetic testing: a sober, sensible broadcast admired by many and watched by few?  There are worse things in life one could be than Jim Lehrer.  I think Walter Cronkite, were he still alive and assuming he had gotten over the incident in the elevator, would be proud.

Or, we could all go work for Amway… five o’clock somewhere; time for a drink!

2 responses to “It Was Bound To Happen Amway or Another”